Celexa vs Prozac: Which One is Better For You?

Learn more about the differences between Celexa (citalopram) and Prozac (fluoxetine) and how to choose the best medication for your needs.

As mental health awareness increases, more and more people are seeking treatment through antidepressants (a class of drugs that can relieve symptoms of depression, anxiety, ADHD and other mental wellness conditions). When prescribing these medications, doctors have plenty of options to choose from — unfortunately, this can make drug selection difficult.

To help patients better understand their treatment options, this guide examines two well-known antidepressants: Celexa (citalopram) and Prozac (fluoxetine). We’ll cover Celexa vs. Prozac for anxiety and depression, their respective dosages and side effects and how a DNA test can help you choose between them.

Citalopram is a selective serotonin reuptake inhibitor (SSRI) that influences mood and emotions by adjusting the levels of serotonin (a chemical messenger) in the brain. Citalopram is the generic name of the drug, while Celexa is a branded version.

Like citalopram, fluoxetine is an SSRI. It’s available in different branded versions, the most well-known one being Prozac. By increasing serotonin, both drugs can effectively treat conditions characterized by poor mood (like depression and anxiety).

Celexa vs Prozac For Depression

Depression is a serious mood disorder that can grow over time and negatively impact all aspects of life. It’s recognizable through the following symptoms:

In addition to stabilizing the mood, serotonin can assist with sleep and appetite. Thus, both citalopram and fluoxetine have proven effective in lowering depression symptoms.

Celexa vs Prozac For Anxiety

Anxiety is a mental health condition that leads to intense, excessive worrying in everyday life. It can be identified by the following symptoms:

Along with treating depression, SSRIs (like Celexa and Prozac) are commonly used to provide quick relief of anxiety symptoms. They can treat all types of anxiety, including generalized anxiety, social anxiety disorder, and panic disorders.

Because citalopram (Celexa) and fluoxetine (Prozac) are both SSRIs, some people mistakenly believe they’re interchangeable. However, each drug has its own special dosage requirements. The chart below outlines the differences between Celexa and Prozac in terms of recommended starting dosages, absorption rates and available dosages and forms.

While they have similar recommended starting dosages, Prozac is available in higher dosages than Celexa. It also takes longer to absorb in the body. The half-life of fluoxetine is notably longer when one considers the way it works when compared to that of citalopram. Both medications state their half-life is 2-4 days but fluoxetine has an active metabolite called norfluoxetine that is responsible for the therapeutic actions in the brain. Norfluoxetine has a half-life of 7-9 days. Of the active desmethyl metabolites of citalopram, Desmethylcitalopram, the half-life is 50 hours, which is still significant when compared to medications in general.

If you have missed a dose of either medication, it is important to relay the time that you normally take the medication to your pharmacist or health care provider so they can better serve you to make sure that you are remaining on the right amount of medication without the risk of doubling up or falling too low. A point to consider is that a missed dose or multiple missed doses of fluoxetine might take a couple of days before you feel its effects of it due to its active metabolite staying in your system for a longer period. It is never wise to dose yourself based on your daily symptoms or thereof with SSRI’s in general.

Celexa vs Prozac Side Effects

Like any medication, citalopram and fluoxetine come with the risk of side effects. Since they both affect serotonin, many of these effects overlap. Here are some of the most common ones:

Citalopram and fluoxetine also have their own unique side effects. For example, Celexa may cause excessive sweating (which doesn’t occur among Prozac users). Similarly, Prozac can trigger yawning.

As your body gets used to the medication, side effects should diminish — however, in some cases, they may persist or even worsen. Generally, if you metabolize drugs slowly, you’re at a higher risk of developing adverse effects. In the past, there was no way to accurately determine how someone would respond to a drug — that’s changed now thanks to pharmacogenetic testing.

It is important for both medications to not drink alcohol with them due to the increased level of impairment, it will also cause fluctuation in the medication.

Both medications that are used to treat major depressive disorder have black box warnings for the risk of suicidal thinking. Though the risk of suicidal thinking is lower, it still is significant enough that one should always keep in mind that if these thoughts happen it is imperative to tell your healthcare team or call the National Suicide Prevention Hotline at 800-273-8255. The mechanism behind why these medications can cause suicide is not definitively known at this moment.

The biggest difference between citalopram and fluoxetine is the age at which it can be started for major depressive disorder (MDD).  The FDA has approved fluoxetine’s use for those who are 8 years or older. On the other hand, citalopram is only approved for adults 18 years or older. If a health care provider wanted to use a similar class they are able to include 12-17 year old’s for Lexapro (escitalopram).

The difference between Lexapro (escitalopram) and Celexa (citalopram) is the active S-isomer of citalopram has an additional R-isomer not found in escitalopram. That is why the name of Lexapro’s generic is slightly different. The S part is the most effective compound when treating depression and anxiety, but the R does not fit in the same way as the S does. Both look very similar in structure but when seen in a mirror they are not superimposable on each other. Think of your hands and what makes the orientation of your thumb the right vs the left hand when you place one palm on top of the other hand. Notice the difference despite them having the same parts?

What about the other antidepressants?

There are a variety of other antidepressant medications that your doctor can choose from when deciding the best choice for you. Other competitive antidepressants are SNRIs (Serotonergic Norepinephrine Reuptake Inhibitors) such as Cymbalta, TCAs (Tricyclic Antidepressants) such as Elavil, and MAOIs (Monoamine oxidase inhibitors) like selegiline.

For example, MAOIs work in the gut and in the brain to stop the processing and oxidizing of serotonin and dopamine. Though a lot of medications in these classes have and share similar side effects. One drug class is not considered to be extremely more effective than the other but the potential side effects and specific neurochemical processes it targets are important when your healthcare provider decides on a class and specific medication for the intended health situation.

Additionally, both citalopram and fluoxetine have various pharmacogenomic genes such as CYP2D6 and CYP2C19. It is important to understand your metabolizer status and the relationship they have with other medications that you are taking that could contribute to side effects that have to deal with these specific genes.

Can you take Celexa and Prozac together?

Citalopram and fluoxetine should never be taken together under any circumstances, it is duplicate therapy and can lead to a life-threatening condition called serotonin syndrome.

Speaking of taking two medications together, remember the MAOI class of medication above? Those medications need to have a 2-week washout period before either of these medication classes is started. It is important to ask your healthcare provider about how long you should wait before taking other medications and to make sure you titrate off them slowly if warranted too.

If you want to know how you’ll react to a drug before you take it, then pharmacogenetic testing can help. Also known as genetic or DNA testing, it involves examining your genes to determine how you’ll respond to certain medications. This test focuses specifically on the cytochrome P450 enzyme, which is responsible for metabolizing over 70% of clinically used drugs.

At ClarityX, we offer comprehensive DNA tests that can tell you whether a drug will be right for you based on your DNA, ineffective, cause adverse effects, or interact negatively with another medication you’re taking.

A ClarityX Mindwell Test: Reports on how you will respond to over 130 FDA-approved mental health medications  (such as antidepressants and SSRIs) The test is a simple saliva swab that can be taken in the comfort of your own home.

Once you perform a cheek swab and return the sample in the pre-paid envelope, you’ll get a thorough, personalized report in your patient portal. 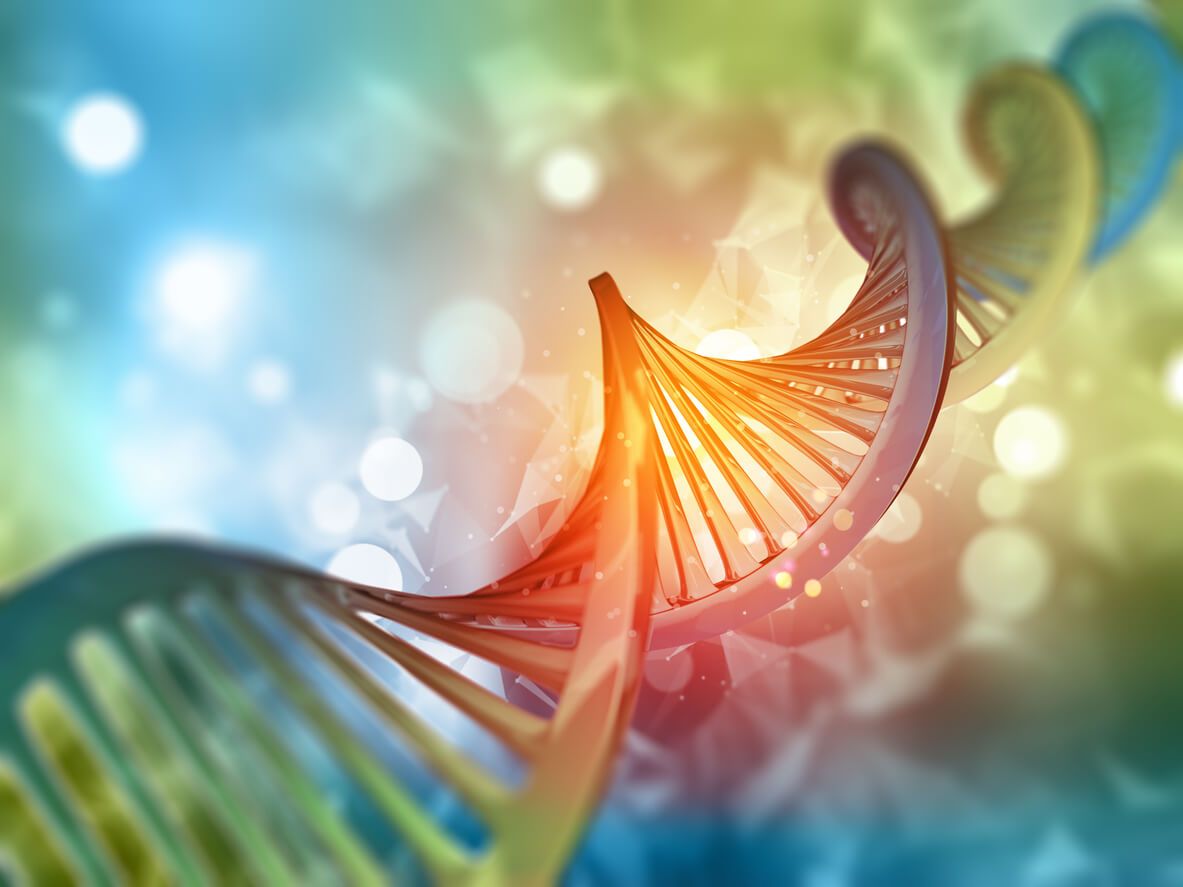 What does pharmacogenetic testing tell you? Pharmacogenetics allows patients and their providers to predict whether a medication may work well or whether it would be worth pursuing a different medicine. If you are about to begin therapy that requires medication, then knowing your personal pharmacogenetics helps reduce the number of
Read

Introduction Pharmacogenomics is not a new concept, but it is becoming more well-known. We already know that each person is unique. Our uniqueness is readily visible in most; our eyes, hair, height, weight, and skin tone all differ. We also know that sometimes you and your parents or siblings have
Read

Black Friday Sale
Save 25% off